Whether it is for an Alhambra, a Cordoba, a Ramirez or whatever, every flamenco guitarist needs a golpeador.

What’s a golpeador? It is a protective plate placed on the table of a flamenco guitar. It is often transparent or black, and can be found in electrostatic or sticky form.

And what is it for? When you play flamenco guitar (and especially rumba), your fingers are often in contact with the top (golpe, rhythmic strokes…) and this golpeador will protect the polish and the top of your guitar. Watch this video of Manitas de Plata from 1min25 and you will understand why a golpeador is important ;).

This plate is also called the “pickguard” for other guitars. And by the way, this type of protection is also much searched for Gypsy jazz guitars.

This article will be divided into 4 parts, here is what we will see:

When was the golpeador invented? For which purposes?

Keep in mind that the guitar as we know it today was designed by Antonio de Torres in 1874.

We don’t know when the golpeador was invented because there were similar wooden plates on old instruments close to the guitar as we can see in this picture of a romantic guitar created by José Pagés around the year 1800 :

At that time, one technique consisted of placing the little finger on the guitar table or under the treble strings. This plate (often made of maple) was therefore more for a decoration where the little finger had to rest. We can see this technique on two paintings: The Guitar Player (Vermeer – 1672) and Guitarist playing ( Vasily Tropinin – 1832).

But let’s come back to Antonio de Torres… one of his guitars that is in the Barcelona Music Museum has a small wooden plate:

In this case, this plate was surely to protect the guitar from the golpe strokes.

Here is an example of a chord progression that I play and that you will find in the PDF :

Today, all goleadors are made of plastic. It is a material that is much more suitable than wood because it protects better and longer. With the wooden plates, some guitarists had to change them very often because it gets damaged with percussive blows.

Here is an example of a “modern” golpeador in black plastic:

My transparent electrostatic Golpeador, where I bought it, and why the installation is tricky

Many golpeadors are self-adhesive. If one day we decide to remove it, it may leave some marks. An electrostatic golpeador does not leave any marks because there is no glue.

Here is a transparent and electrostatic golpeador on my Alhambra 4F:

In fact, it’s almost invisible. You can only see the outline of the golpeador and from some angles it is not even visible at all. The one I took is in two parts and covers almost entirely the rosette (except a small part of the top).

I bought it on Amazon and unfortunately the reference is no longer available. But on this page, you will find a similar golpeador, transparent and electrostatic!

How to install a golpeador?

For the installation of the golpeador, I advise you to be very meticulous. When I put it down, I was eager to try my new guitar and so I didn’t do it 100% correctly because I didn’t get rid of the air bubbles enough.

The result is that I have some small air bubbles on the golpeador which is not very aesthetic. Luckily they can only be seen from certain angles.

When you will get a golpeador, it will be either in one piece or in two pieces. Mine was in two pieces pre-cut to the right dimensions with a rounding for the rosette.

If your golpeador is in one piece, it will be square or rectangular. You can simply round it up with a bowl or cup the size of your rosette. Then you carefully cut out this rounding.

Before installation, it is preferable to have a clean and dust-free table. Dust will tend to create air bubbles. To clean your table, you can use a chamois leather or a microfiber cloth. Removing your strings will also be much more convenient.

Peel off the bottom of the thin protective sheet of the golpeador to reveal the “sticky surface.

Start at the bottom, near the easel, even if you have to bend the golpeador, and press with ä cloth so that it sticks.

Then, loosen some ballast by peeling off little by little the rest of the thin protective sheet, and go up very slowly (important not to create air bubbles) upwards and always press it with the cloth.

When you have adhered the entire surface, press with the cloth on all areas of the golpeador to apply it well. If you have done this correctly, there will be no air bubbles. There may be some very small ones that will come off with time.

As they say, a picture is better than a long speech. On this video you will see all the steps I have described (starting at 4:35).

PS: For those who have a one-piece golpeador, go a little bit before, he shows how to cut it to the size of the rosette.

How to make an “emergency” golpeador?

It is also possible to make yourself an “emergency” golpeador with a vinyl plate. That said, the vinyl is not up to the level of a real golpeador in terms of protection.

Here’s a great video from a Francky from the south of France showing the whole process of transforming a vulgar vinyl plate into a super golpeador to protect your flamenco guitar!

If you play flamenco guitar or are just starting out, I highly recommend you to install a golpeador.

As an example here is my first guitar and you can see that the polish did not survive to my golpe :

I like not to distort the aesthetics of a guitar and a transparent golpeador is perfect, protects well, and is barely visible! 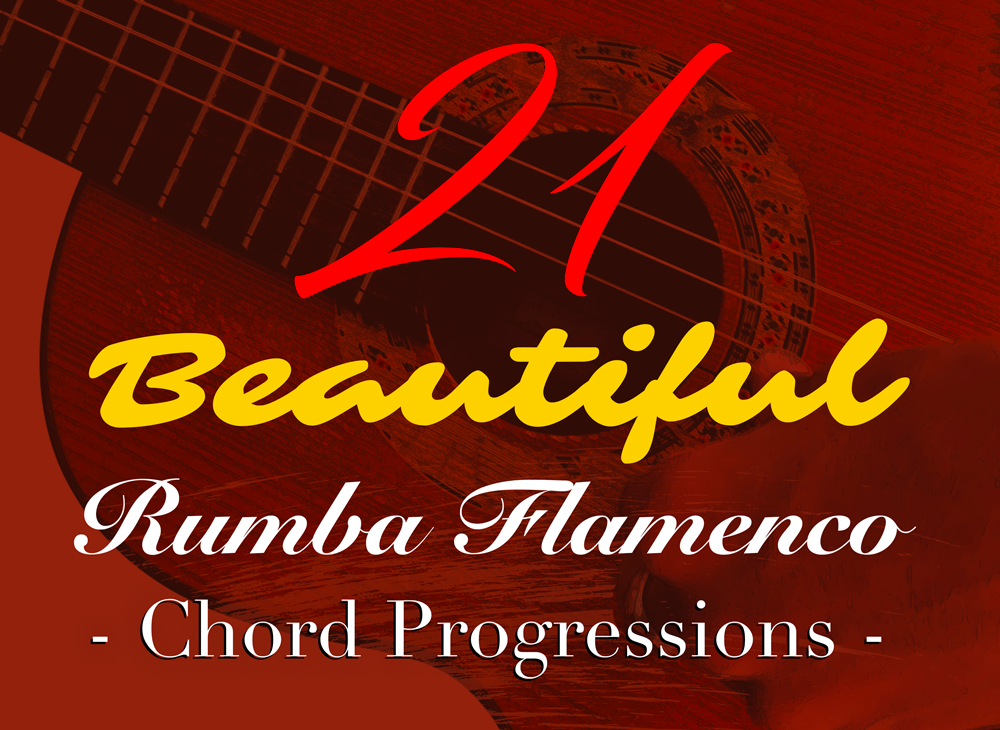